Before you start building cool projects using LEDs, let’s take a moment to define them. An LED is a circuit component that converts electricity into light. LEDs come in all colors, shapes, and sizes, and are useful in a variety of projects. Most LEDs are used for indication, meaning they indicate the status of something to a nearby human, such as “door is open,” “radio is on,” or “security system is armed.” Nowadays, larger and brighter LEDs are available that can provide illumination of an object or region.

An LED is a semiconductor device, built with crystalline metals like silicon and germanium, plus small amounts of impurities that change the characteristics of the material. These impurities are added to the semiconductor in a process called doping. The added element, called the dopant, changes the base material into either a p-type or n-type semiconductor.

The distinction between p-type and n-type depends on whether the dopant adds excess free electrons, or causes a deficit of free electrons. The place where these two types of doped semiconductor meet is called the P-N junction, and this is where light is created. Electrical energy passing through the junction excites some of the charge carriers, which emit light when they return to their nonexcited state in a process called electroluminescence.

LEDs are very popular for all types of artificial light, and come in many configurations. Let’s explore some of the most common types you’ll encounter.

The basic single LED configuration has two connections: the anode and cathode. If sufficient voltage is applied, the LED lights up. Pretty simple! Single LEDs come in all different shapes, sizes, and colors, and some, such as the second and fourth ones, have extra plastic to help direct the generated light through an opening in the side of an electronics case.

The red-green-blue (RGB) LED packages three LEDs into one, and actually allows you to create a whole spectrum of colors, not just red, green, and blue. For example, you can combine red and green light to make yellow, green and blue light to create cyan, and red and blue light to make violet. Mixing all three colors of light at the same intensity produces white light.

By combining these three colors of light at varying levels of brightness for each individual color, you can make millions of colors; this is the same method your TV and phone use to display full-color images. Usually, to vary the brightness, each color is switched on and off very rapidly, which tricks our eyes into seeing each color at a different level of intensity.

The manufacturer of any LED usually provides a technical datasheet full of facts and figures. It can seem overwhelming, but don’t worry! For the purposes of this book, you need to know only two important numbers to use the LED safely.

An LED produces light when electrical current flows through it, but too much current can overheat and damage it. Using the forward voltage and the maximum current parameters from the datasheet, we can figure out what size resistor we need to operate the LED safely.

If this is the first time you’re using this micro SD card, the NOOBS system will ask you to select which operating system you want to use. Because it’s designed especially for the Raspberry Pi and built in to the NOOBS system, Raspbian is the OS I recommend, but there are other options that may require an internet connection to download. 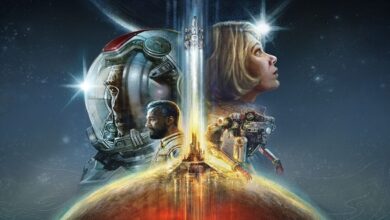