If Sabratha were anywhere but in Libya, this pristine coastline would be overrun by resorts of the kind that spoil your view at almost every turn in Tulum, Mexico. This is Tulum as it used to be, before it was discovered by the packaged tour crowd – a sweeping coastline of white sand and waters of transparent turquoise.

All along the coast from Tripoli to Zara, with Sabratha at its midpoint, empty roads lead down to empty beaches. There are built-up areas and even occasional half-hearted approximations of resorts, but such places are rare and overflow in summer with Libyan families, not sun-starved Europeans. Elsewhere along this often-deserted coast, you could spend an entire day on the beach and not see another living soul.

It was from Sabratha’s port, alongside its small beach, that ships set sail for ancient Rome, laden with olive oil destined for Roman tables and elephants earmarked for gladiatorial conquests. Sabratha ranked among Rome’s most prosperous cities on African soil, and for all its claims of fealty to the gods, was known for its devotion to the cult of excess – in the Seaward Baths that overlook the beach and the broad sweep of coastline, fragments of mosaic and marble peer out from beneath centuries’ accumulation of sand and footprints

It’s not difficult to see why the crowds first flocked to Tulum with its picturesque stretch of coastline and evocative Mayan ruins overlooking the Caribbean Sea.

An astonishing 11 million visitors arrive every year in the small Mexican state of Quintana Roo, a sizeable proportion of whom visit Tulum to view the Mayan ruins, Mexico’s third-most-visited archaeological site. Tulum may not be Cancún, that poster child for over-developed Caribbean resorts, but the latter is just a short drive away and its tour buses spill daily into Tulum. You’ll spend most of your time lamenting the fact that you didn’t visit before everyone else discovered it.

Whatever you do, stay in Tulum itself. Once the day-trippers return to Cancún, find a secluded vantage point in the expansive Mayan ruins of Zamá, close to sunset – this is the moment when you’ll most understand Tulum’s charm

Getting There and Around

The nearest international airport is at Tripoli. Although buses and shared taxis run regularly between Tripoli and Sabratha, visas for Libya are only possible as part of a guided tour in which all transportation is included.

Restaurants catering to tourists across Libya serve banquet-style meals that include soup, salad, and a local main course, usually rice or couscous with meat or fish. Mat’am Bawady (tel. +218 24 620 224) is a good option. The best place to eat in the capital is Tripoli’s fish market – you simply select your fresh seafood and have it cooked in a popular restaurant in the market area.

Most travelers visit Sabratha as a day trip from Tripoli, not least because the former has few habitable hotels. A fine choice among many in Tripoli is Zumit Hotel.

May–Sep offers great swimming weather, but the heat outside the water can be oppressive. Milder temperatures make Oct–Apr more agreeable.

Budget per Day for Two

Your visit to Sabratha, including accommodations and meals, will be included in the cost of your guided tour while in Libya.

On the sandy beach itself, it doesn’t take much imagination to visualize yourself surrounded by toga-clad Romans enjoying the warm, southern Mediterranean sun. Once in the water, the view is exceptional – here stand the impressive Corinthian columns of the Temple of Isis, the goddess of seafarers, on a promontory away to the east; there, the three-story fortress-like walls of Sabratha’s theater, one of the most exquisite structures in the ancient Roman empire. As the Romans knew, swimming here is one of the great bathing experiences on earth, not least because Sabratha is how all seaside resorts once were, albeit a very long time ago. 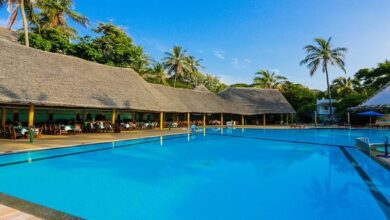 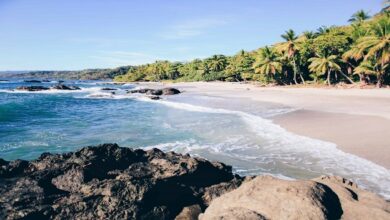 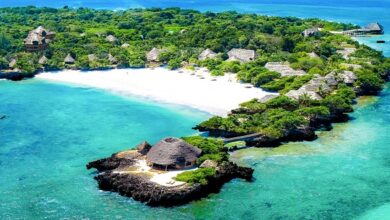